Story Behind The Image “Loving Touch” 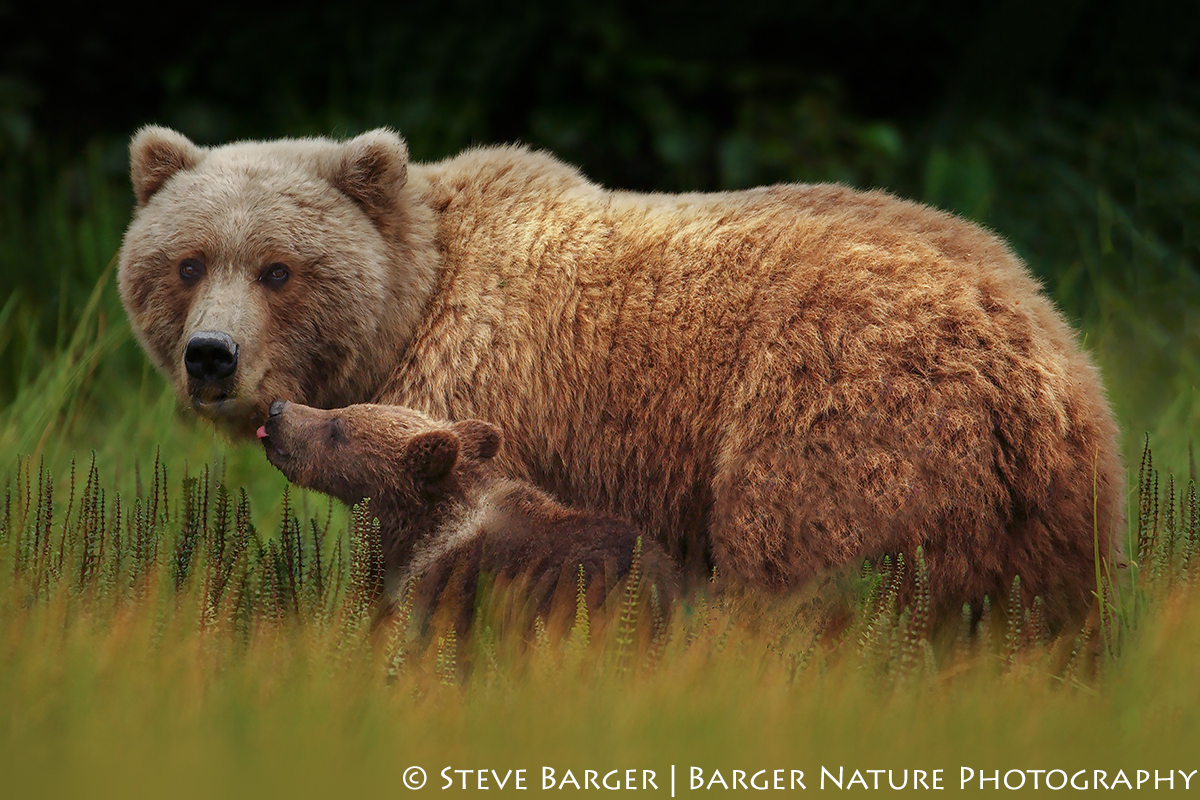 A tender moment between grizzly bear mother and her cub-of-the-year in Lake Clark National Park Alaska. I had spent several days observing this mother and her cub from a distance before they felt comfortable with my presence and moved closer for me to take image. Even at that, I was still 75 yards from them requiring the reach of a 1000mm lens to get the shot.

Spring in Lake Clark National Park is synonymous with coastal brown bear mothers and their cubs. Lake Clark is a remote national park located along the western coast of Alaska’s Cook Inlet, which can only be accessed by either boat or plane. There are no roads connecting Lake Clark with the rest of Alaska. Due to its location, Lake Clark provides an abundant supply of food for wildlife such as the brown or grizzly bear, Ursus arctos horribilis.

Most of us are familiar with grizzly bears that inhabit areas in the interior of North America such as Yellowstone National Park. These bears have a distinctive shoulder hump, long curved claws, and a wide face with a dish-faced profile. Their fur has a grizzled appearance, hence the name grizzly bear. These bears, when they inhabit the coastal areas, such as Lake Clark National Park, are referred to as coastal brown bears, colloquial nomenclature for a brown bear that lives in the coastal regions of southern Alaska. These bears are a population of the mainland brown or grizzly sub-species. They are quite large in size with weights ranging between 700 and 1100 pounds.

The Lake Clark area has an abundant supply of food for these bears. At low tide, some bears hunt for clams along the shore. The tall grassy areas between the shoreline of Cook Inlet and the forest also provide a source of food including small rodents and the grass itself. The bears gorge themselves with salmon in the fall as the salmon swim up the numerous streams to spawn.

The image in this post was taken in the spring. This mother bear had recently left her den in the forest behind her for the grassy area along the shoreline where the food supply is not only plentiful, but it is easier for her to protect her young cub. Cubs learn by watching and repeating the actions of their mother. A good portion of their communication is done by touching. For example, if a cub is hungry and wants to nurse, it will touch its mother’s face with its nose.

I had spent several days watching, at a safe distance, this mother and cub grazing in the grasses. I was careful to give them plenty of space so as not to stress them. They were very relaxed with my presence knowing that I did not pose a threat. On this particular day, both mother and cub were walking on a trail a hundred feet in front of me. The cub had been exploring the grasses and had fallen behind. Suddenly, realizing this he began to run toward her. At this moment, I realized that something special was about to happen. As the cub approached her, I followed the cub’s approach through the camera viewfinder. When the cub was beside her, she turned to look at the cub. At this point, the cub was close enough that they touched faces and the cub gave her a kiss and I took this image.