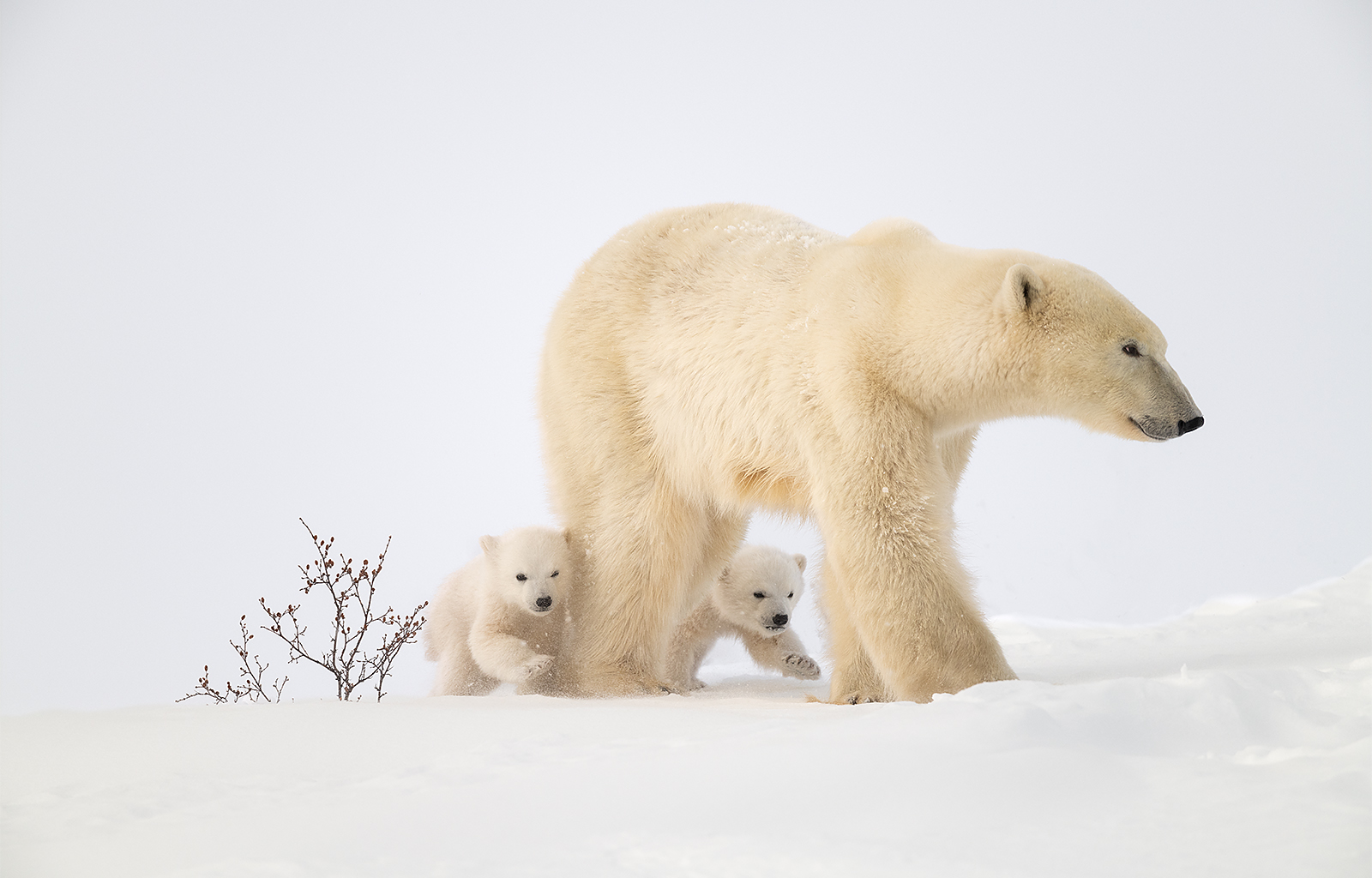 Two cubs-of-the-year walking with their mother on the tundra in Wapusk N.P. near Churchill, Manitoba, Canada

“Under Foot” – Second image of mine to place in the top 100 in the North American Nature Photography Association (NANPA) 2019 Showcase competition.

This image is the same family that was in last week’s post titled “Safe” and was captured later in the day as the mother was preparing to leave the area where we had spent several hours photographing her with her cubs, and continue the 30 mile journey to the Hudson Bay.

Although you can’t tell from the photograph, the temperature was minus 30 deg F. The bears are well adapted and thrive in these temperatures, much better that humans. The mother is always very attentive to her cubs, watching them constantly. Since these cubs are approximately three months old and not familiar with their surroundings, they remain close to her most of the time. During the first several months, the cubs are extremely vulnerable and need her protection. If one of the cubs ventures further from her than she is comfortable with, she will immediately corral the cub.

An adult female polar bear can weigh up to 650 pounds; her three month old cubs weigh in the neighborhood of 50 pounds. As you can imagine, this substantial weight differential presents some unique challenges for the mother polar bear as she walks on the tundra with her cubs at her side.

In this image you can clearly see how close the cubs remain to their mother as she is walking. At times they are underfoot. On several occasions the cubs were so close that I watched her raise her hind leg and swing it outward to avoid stepping on one of her cubs.