Story Behind The Image “First Light” 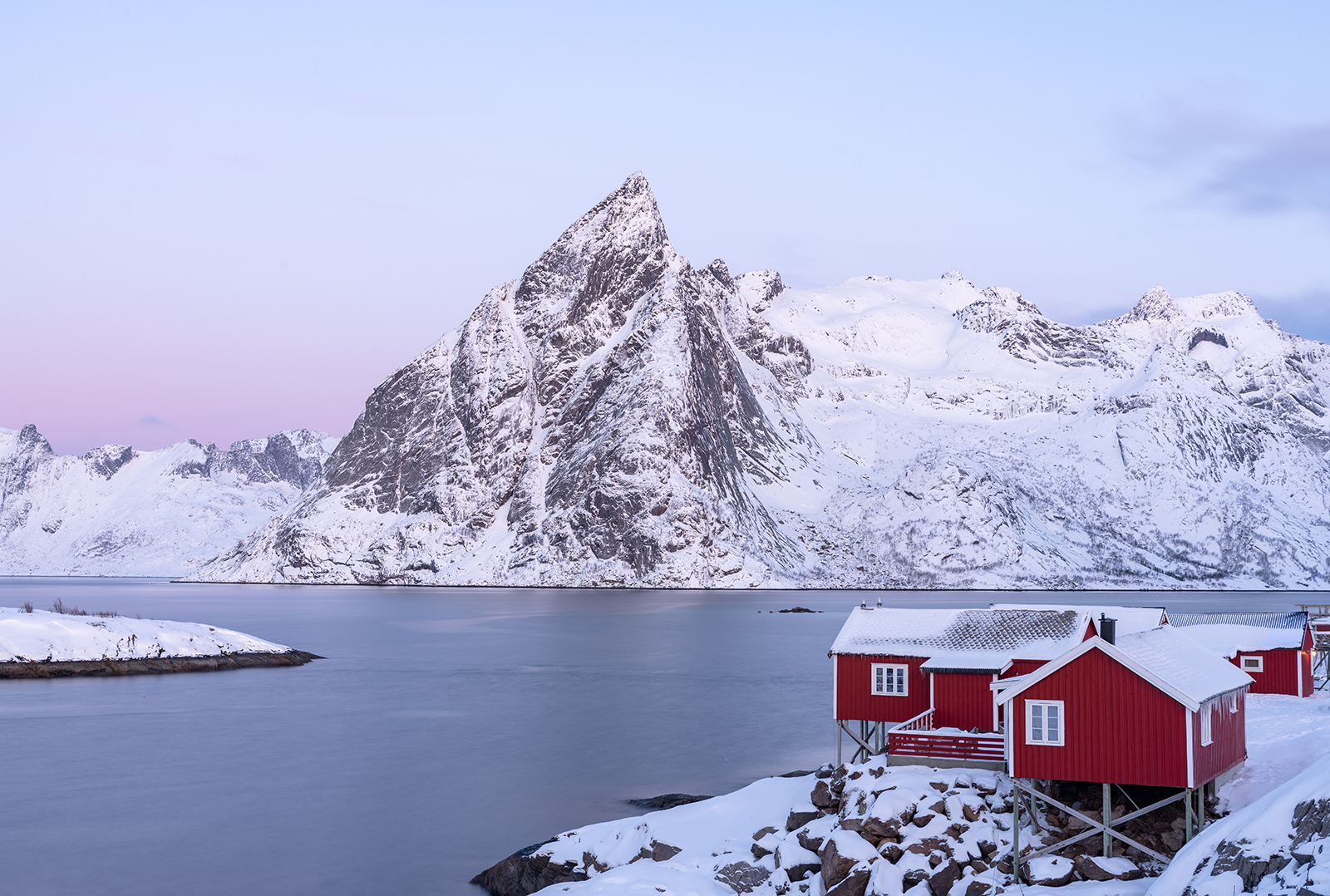 Rorbu’s in Lofoten at sunrise

I am posting another image taken in the Lofoten Islands of Norway. This image was taken in the town of Homnøy overlooking Reinefjorden with the pyramid-shaped mountain, named Olstinden, in the background. The red cabin on the right is called a rorbu. Rorbuer, plural for rorbu, are fishermen cabins that once housed these hardy souls who fished the fertile waters for cod during the winter. Even though fishing is still the mainstay of the area, several of these brightly colored cabins now house visitors to the area.

The view of these rorbuer in Hamnøy as seen from the bridge crossing the Reinfjorden is the most photographed location in the Lofoten Islands. Every morning and evening photographers span across the bridge to photograph these cabins overlooking the water with the mountains in the background. While there is no denying that this scene is spectacular, every photographer will walk away with essentially the same image.

My goal was to capture the awesome beauty of this scene composed diﬀerently than all the other images that have been taken. It was early in the morning, the sun had not yet cleared the horizon, when I saw this rorbu overlooking the water with the mountain peak in the background and a pink glow in the sky. I quickly framed the image and attached a 10 stop neutral density filter to the front of the lens. The neutral density filter allowed me to use a very slow shutter speed creating a mirror-like appearance to the water. Light from the mountain peak in the background is reflected on the water.

I have titled this image “First Color”. I like the mixture of warm and cool colors in the image. The red colors of the cabins contrast nicely against the cooler blue sky and water. Freshly fallen snow also adds visual interest to the scene.