Story Behind the Image “Eye on You” 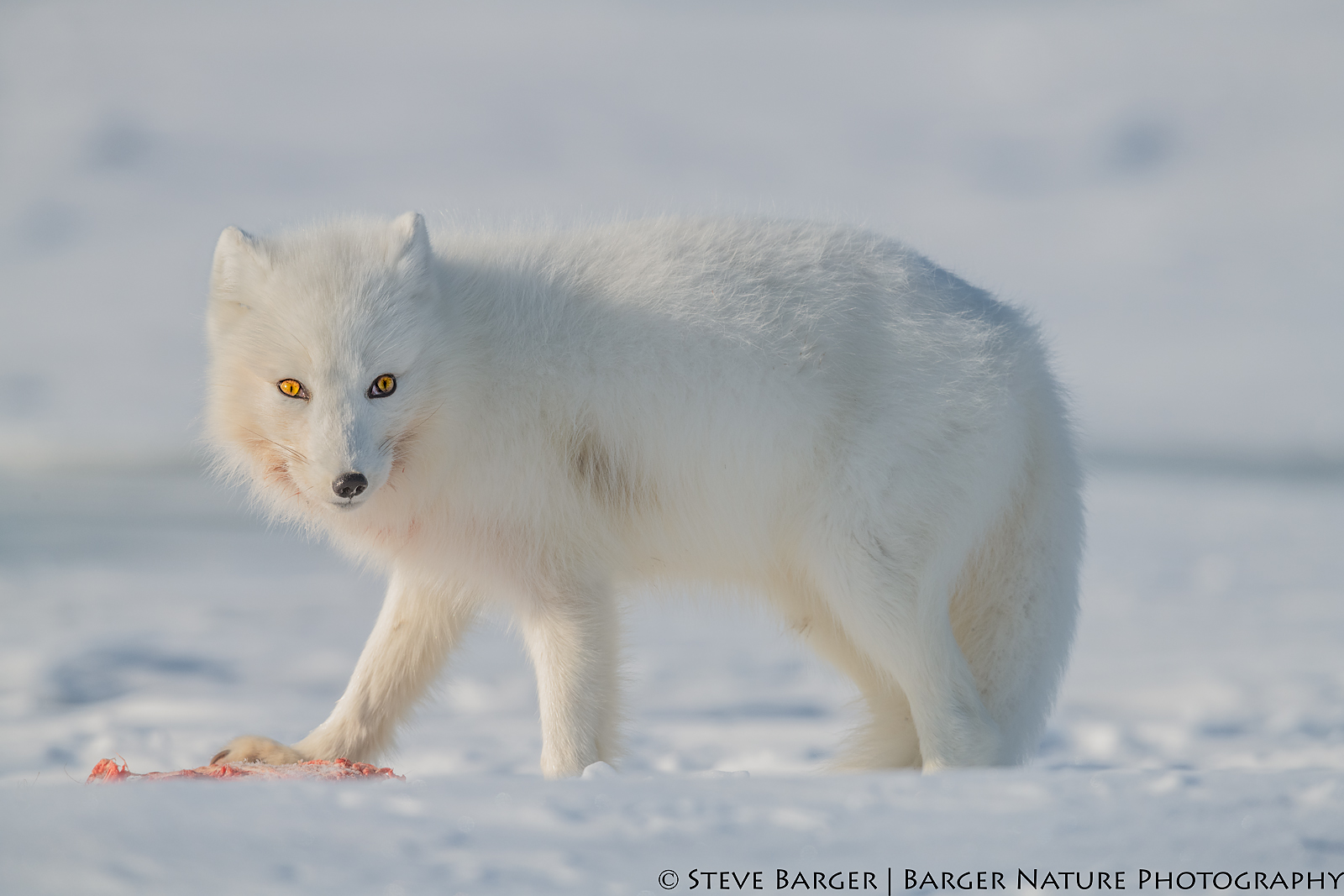 This arctic fox in this image is the same fox in my last post “Prime Rib”.  Arctic foxes are not large, measuring approximately two and a half feet in length. Also, their body shape is somewhat round with fur to keep them warm in the extreme cold temperatures of the arctic. They mainly feed on lemmings, voles, and seabirds. They are opportunistic hunters and will scavenge the remains from arctic animals that have perished from natural causes or those animals that have been killed by other arctic predators. This fox was fortunate and scavenged a portion of a caribou killed overnight by a pack of wolves. An 800mm lens with a 1.25x teleconverter, with an effective focal length of 1000mm was used to capture this and the previous image.

This fox seemed to be comfortable with my presence, and had placed the piece of caribou meat close by laying on the snow. Feeling that I did not present a danger to him and would not attempt to steal his food source, after placing the large piece of meat on the snow, he tore off a small piece and walked approximately 10 yards to the side. He then sat down on the snow in front of me and proceeded to devour the small piece. I am thinking that he was tired of carrying the large piece of meat and hungry so he decided to take a break and have a snack. When finished, he briefly struck a pose for me before picking up the large piece of caribou meat and resuming his travels. At this point the image shown in this post was captured.

In this image the fox’s amber eyes draw the viewer into the picture. One might think he is saying I have my eye on you. There is a red stain on the snow where he was dining on the small piece of caribou meat.