Story Behind the Image “Ethereal” 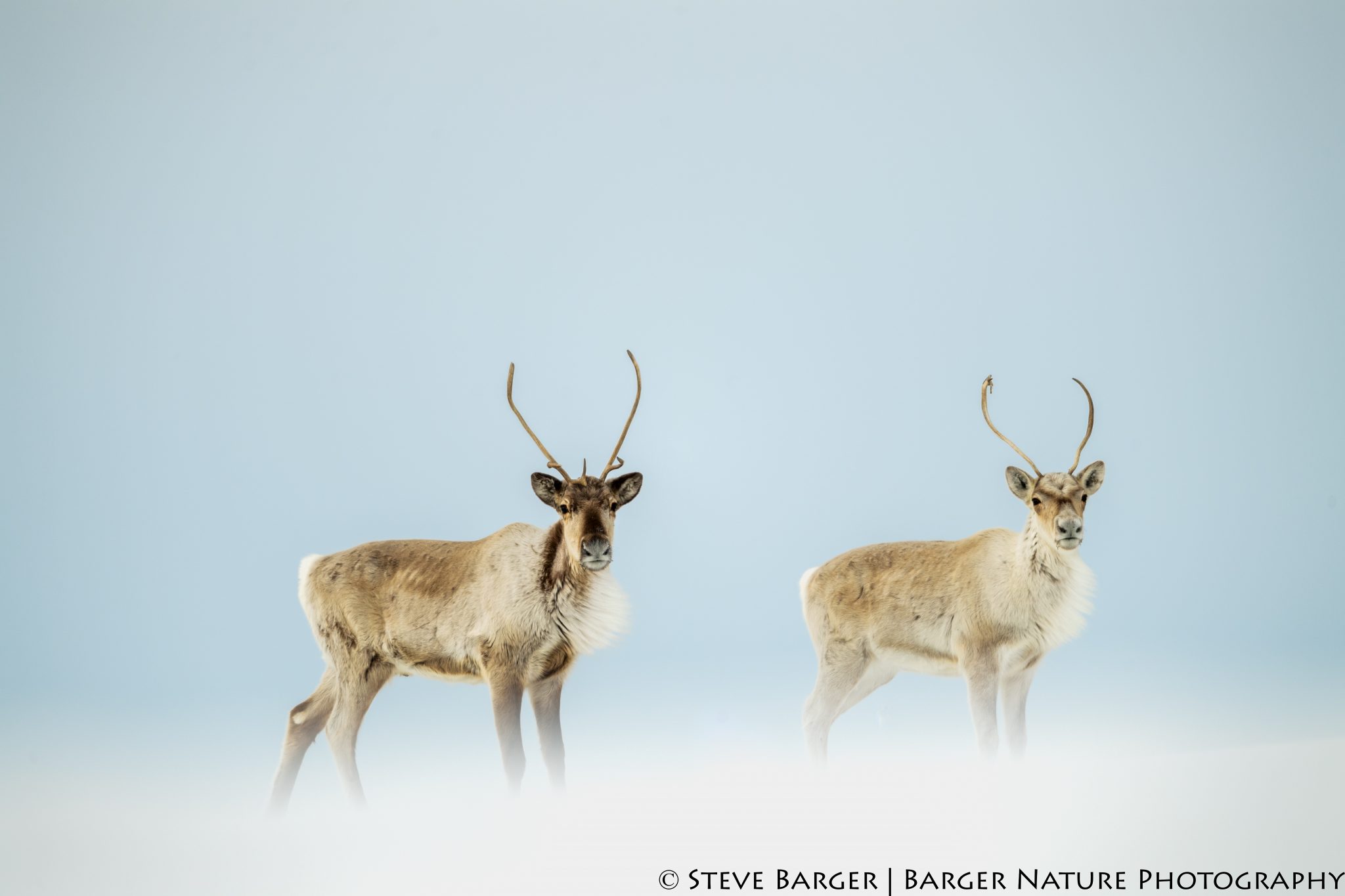 Caribou on the snowy tundra at Fletcher Lake in Wapusk N. P. near Churchill, Manitoba, Canada

I decided to re-post an image from a few months ago and attach a story behind the image. I believe that attaching a brief description of the image, referred to as “The Story Behind the Image”, provides a deeper understanding and appreciation not immediately apparent when viewing the photograph. I hope that you will agree.

This image titled “Ethereal” was captured earlier this year while visiting Wapusk National Park along the western shores of the Hudson Bay near the town of Churchill in Manitoba, Canada. While Wapusk is famous as a denning site for polar bears, this year there were several herds of Caribou occupying the park. Along with the caribou, there were also wolves and arctic foxes present.

One morning, while scouting the shoreline of Fletcher Lake for polar bear activity, our guide noticed a herd of caribou at the top of a ridge line above the the lake. Although I could not see the caribou, my position was at a lower elevation than our guide, I knew the direction of the caribou. Grabbing my 800mm lens, I proceeded slowly and quietly up the slope to the top of the ridge.

As I approached, I stopped short of the top. The caribou were still not in my view and I was not in their line of sight. I knew that I would need to avoid any unnecessary quick movements. The caribou would see the outline of my body as it extended above the ridge line, and since there were wolves hunting in the area, the caribou would be particularly wary. Any quick movements on my part would startle the caribou and they would run away, leaving me with only a butt shot if I was lucky. Still unable to see the caribou, I stopped a few steps short of the ridge line. Knowing that the caribou still could not see me, I quietly prepared my camera to avoid any quick movements as I proceeded further up the slope and into the view of the caribou. All it took was four steps forward to see the caribou. Stopping, so that my head and camera were above the ridge, I was able to survey the herd through the viewfinder of my camera. My lens was positioned essentially at ground level rendering the snow in front of the lens out of focus.

I really like this perspective, giving the image an ethereal appearance. Even though the caribou were aware of my presence, they did not appear to be overly concerned. They looked in my direction but did not attempt to move away. Continuing to avoid any quick body movements, I was able to take a few images with my camera. Concerned that the repetitive sound of the high speed camera shutter would alarm the caribou, I stopped shooting after a minute or so had passed. I slowly turned around and made my way back down the hill leaving the caribou alone on the ridge.