A few months ago, I decided to have one of my older Nikon DSLR cameras that I no longer used converted for infrared photography. After some research, I decided to have LifePixel perform the conversion. My decision to use LifePixel was based on price, ease of having the conversion done, their filter offerings, and training offered. In simple terms, LifePixel replaces the camera’s IR blocking filter with an IR passing filter.

There are several different types of IR filters. Each filter characterized by the wavelength of light at which they begin to pass light. I chose the super color filter which has a 50% pass wavelength of 590 nm. This means that the filter will pass visible light and IR radiation whose wavelength is longer than 590 nm. Our human eye responds to wavelengths of light in the range of 390 to 700 nm. Since red light has a wavelength in the range of 620 to 750 nm, the Super Color filter will pass red light along with IR. Infrared radiation, which is invisible to the human eye, has wavelengths that extend beyond that of visible red light. Why is this important? Since the Super Color filter passes visible light and IR, it will result in the most saturated colors, which I found appealing. Adjustments made in the post processing workflow can produce unusual and sometimes spectacular results.

IR capture is different than visible light photography. Variables such as exposure, white balance, and focus will be different for IR capture. For these reasons, once the camera conversion was complete, I decided to take a short three day workshop conducted by Dan Wampler of LifePixel. During this short workshop, I learned how to set up the camera’s white balance and exposure for each scene photographed. The desired result in the final image cannot be achieved if the exposure and/or white balance is incorrectly set prior to image capture. You cannot expect to compensate for these incorrect settings when photographing infrared radiation and expect to compensate for these errors during the post processing workflow and achieve a good result. IR photography works differently than visible light photography. Finally, focusing for IR capture is different. Remember the red “R” mark that lens manufactures added to the old manual focus lenses? This mark signified the different critical focus point for IR capture. In the digital era, live view has made focus much easier. Now, accurate focus can be easily achieved using live view. 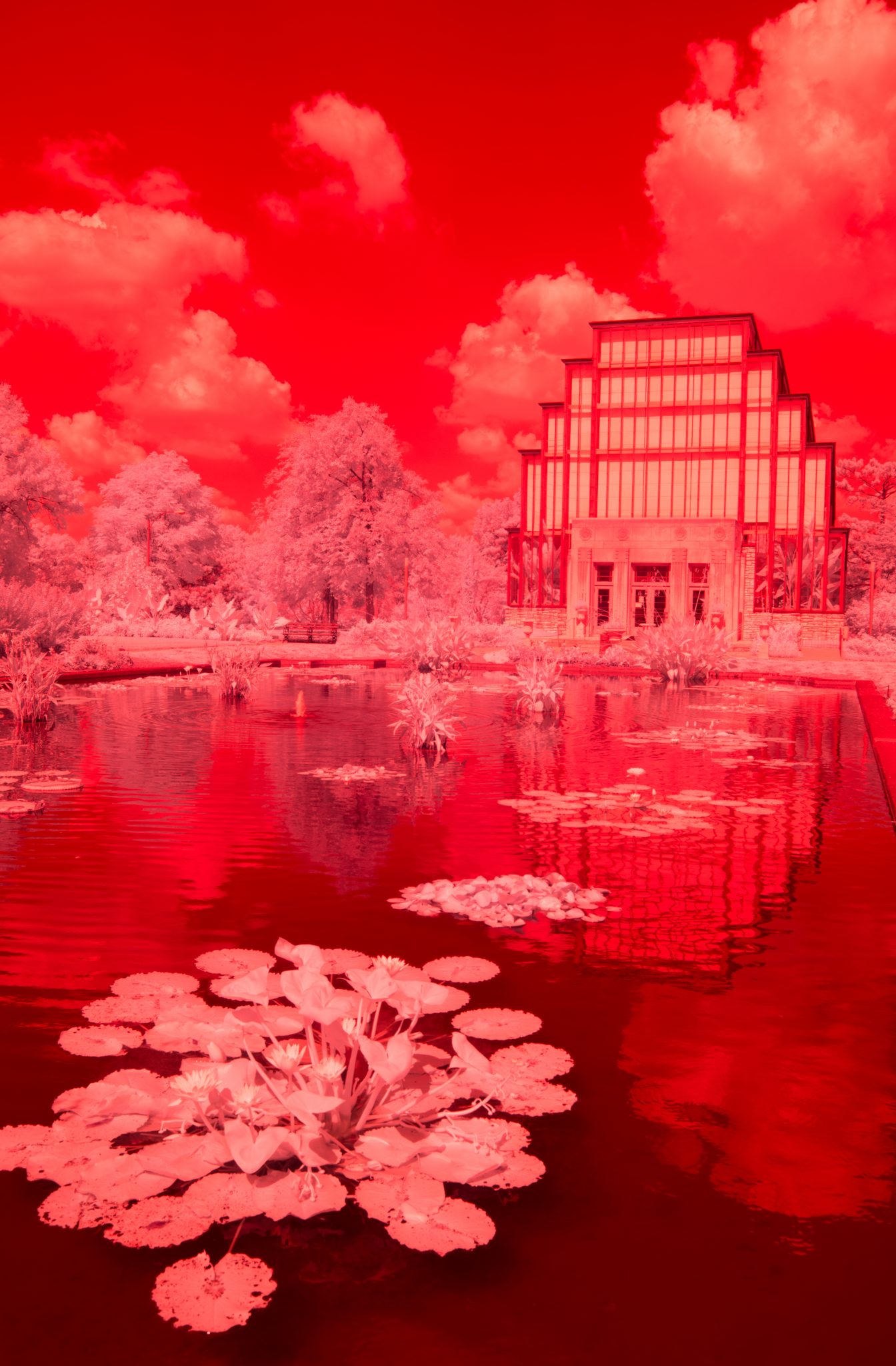 Out of Camera RAW Image 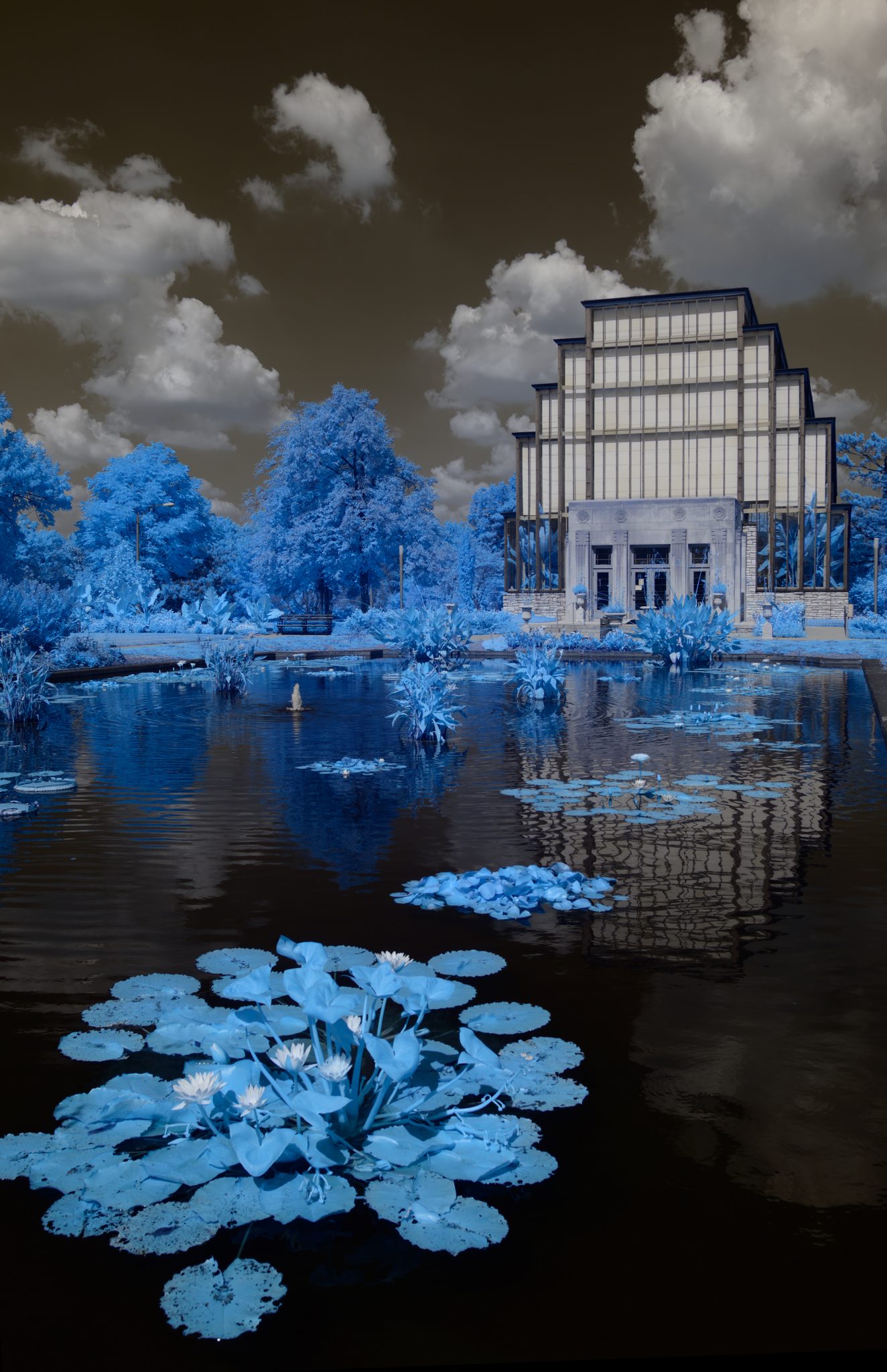 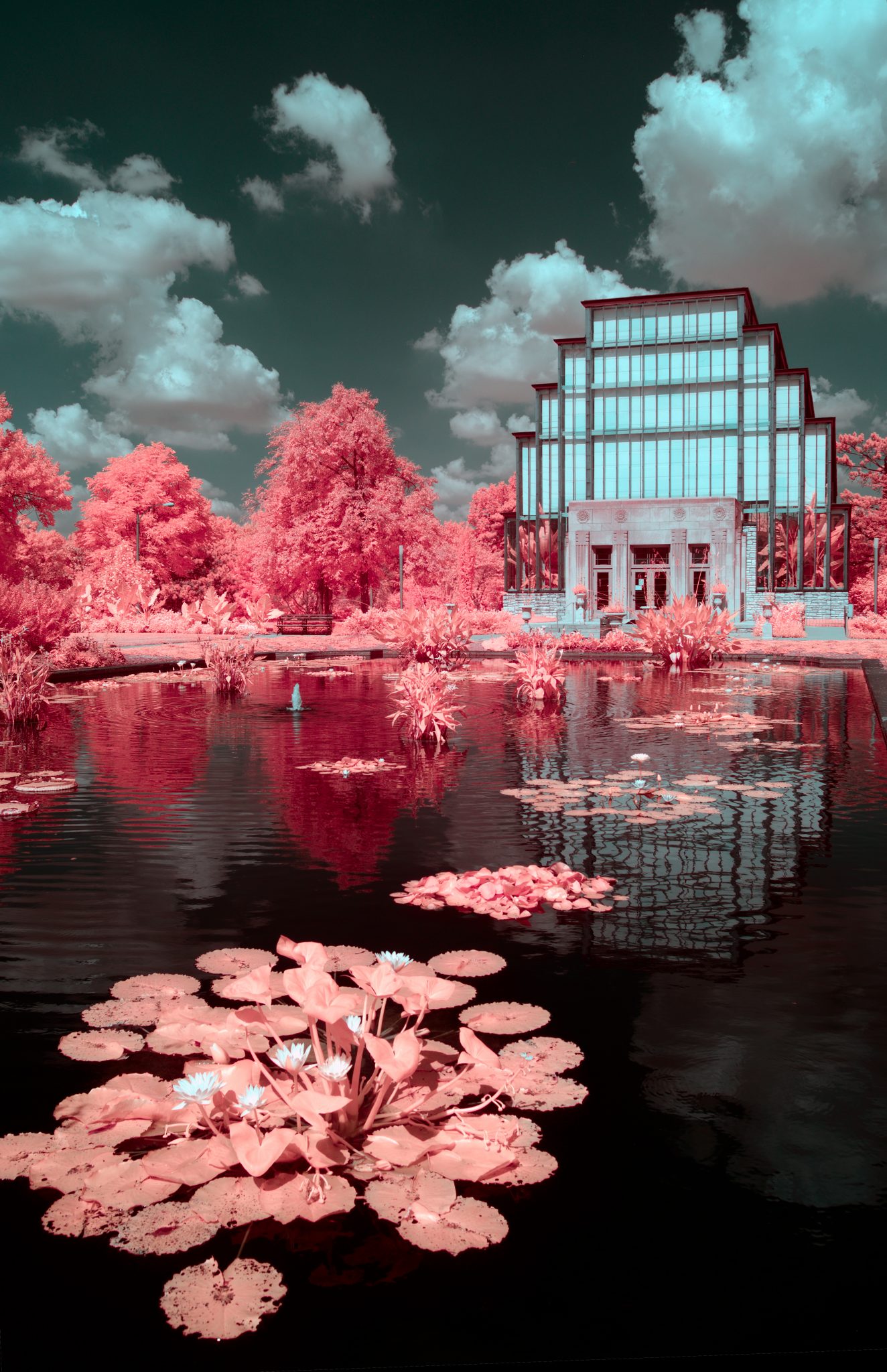 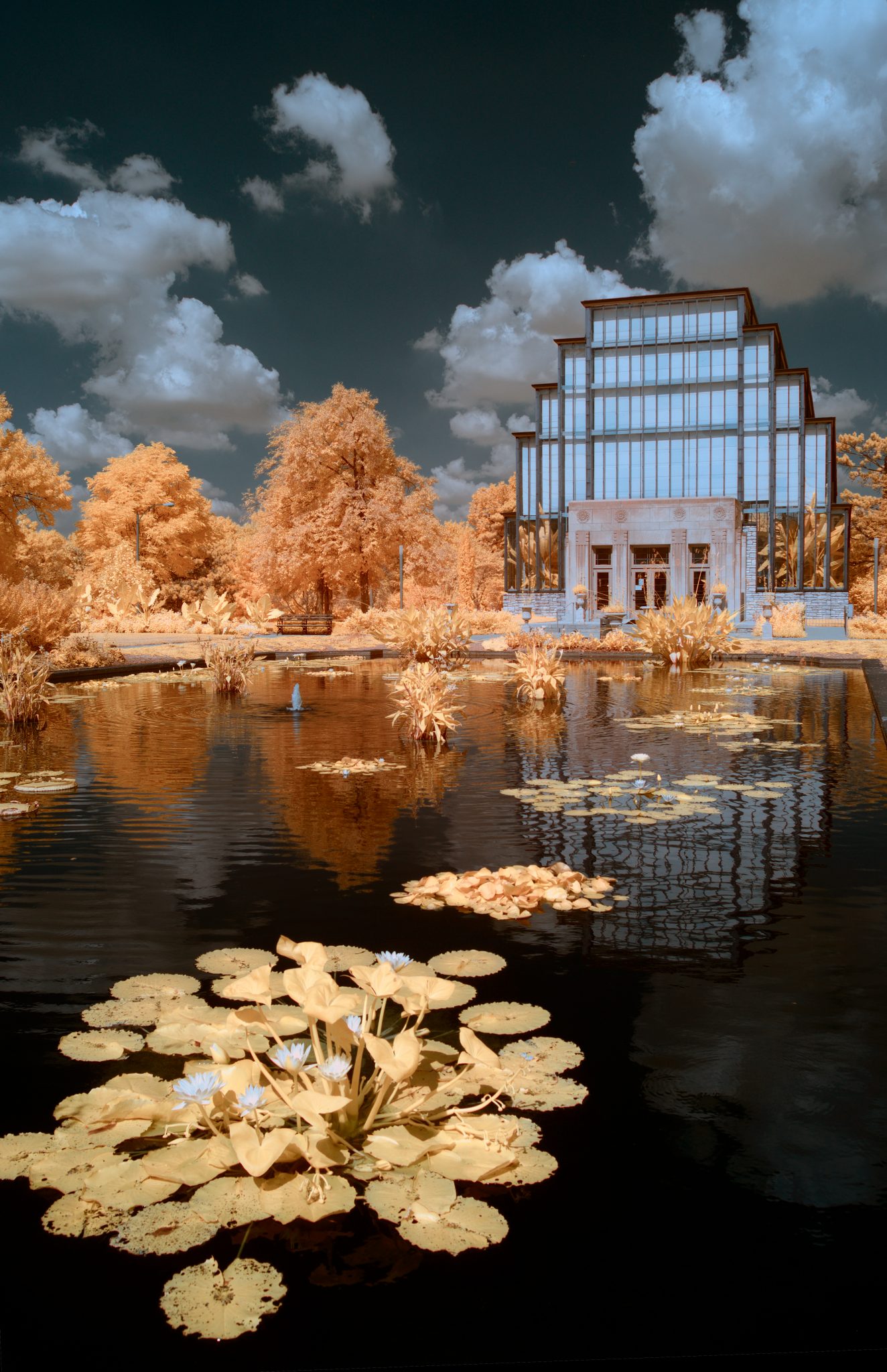 The image shown above, titled “Midwest Jewel”. The name of the building is the the “Jewel Box” and it is located in Forest Park, St. Louis, Missouri. Also known as the St. Louis Floral Conservatory, this greenhouse is on the National Register of Historic Places. The structure, built in 1936, features 50 foot high vertical, cantilevered, glass walls . the structure, along with the lily pond in front, make for a very striking infrared image.

The LifePixel Super Color filter is capable of producing a wide range of results that can be colorful and surreal. In the future, I plan to post more infrared articles as I gain additional experience. If you have an old DSLR camera that you no longer use, you might consider having LifePixel replace the IR blocking filter with one of their IR filters.